flpsed - a Postscript and PDF annotator 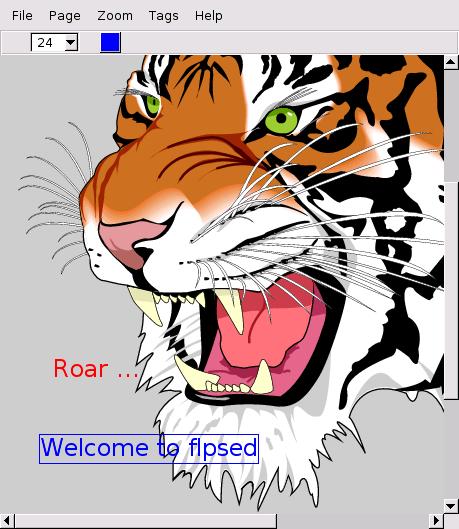 flpsed is a WYSIWYG PostScript annotator. You can't remove or modify existing elements of a document.
But flpsed lets you add arbitrary text lines to existing PostScript documents (PostScript is a registered trademark of Adobe Systems Incorporated). Added lines can later be reedited with flpsed. Using pdftops, which is part of xpdf one can convert PDF documents to PostScript and also add text to them. flpsed is useful for filling in forms, adding notes etc. GsWidget is now part of flpsed.
flpsed is released under the GPL.

A git repository can be found here.